Oxfam South Africa welcomes the invitation of its Economic Justice Programme Head, Ayabonga Cawe, to the Minimum Wage Advisory Panel by the Deputy-President of South Africa Mr Cyril Ramaphosa. The seven-member panel will advise on an appropriate level at which the national minimum wage should be set.

The issue of the minimum wage is a very important one in a country like South Africa which is battling serious poverty, inequality and unemployment. If addressed properly, a reasonable minimum wage will go a long way in uplifting the lives of people living in poverty in the country, including women.
Statistics show that women are the lowest paid, where they do get paid, as compared to their male counterparts doing the same job with the same skills level.
Women are also over-represented in lower-paid employment, where workers enjoy less protection and where the minimum wage is often low.

Oxfam SA believes the minimum wage will be a good entry point to deal with extreme economic inequality which significantly hinders the fight against poverty.
The team put together by the Deputy-President has a tough job ahead of them. The International Trade Union Confederation estimates that 40% of workers in South Africa are trapped in the informal sector where there are no minimum wages and workers’ rights are ignored.
For the poorest people in society, the opportunity to emerge from poverty and live a dignified life is fundamentally blocked by extreme economic inequality and lack of living wage.

It is the responsibility of government to address the factors that have led to this inequality explosion, and implement policies that redistribute money and power from a few to many, and we see this as one of the mechanisms needed to address that.

We believe the team assembled by the Deputy President has the critical skills and capabilities needed to drive this process and the fact that it draws from a wide range of stakeholders bodes well for the outcomes. We stand ready to give the panel full support. 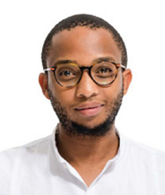 Ayabonga Cawe is the Economic Justice Programme Manager. Prior to Oxfam South Africa he worked as ECSN Project Manager at Oxfam Great Britain. He was previously Associate Consultant at a development strategy consulting firm, Dalberg Global Development Advisors, serving clients in the donor, private, public and multilateral sectors in Africa and Asia. He is a co-founder of Johannesburg-based policy research and advocacy organisation, Rethink Africa NPC. He has experience in economic research, policy and supply chain analysis, advocacy, development program design, and monitoring and evaluation. Ayabonga is an economist by training, with an M.Com (Cum Laude) from University of the Witwatersrand, and  has published a range of policy-related commentary pieces. Ayabonga regularly shares his views and expertise on socio-economic development in South Africa on various media platforms.