One of the main focuses of the Global Impact programme is to engage with international financial institutions (IFIs), with emphasis on the BRICS-led New Development Bank and other development finance institutions (DFIs) operating in South Africa and the region. We focus on the role of IFIs because the large-scale infrastructure projects they fund often have a negative impact on women’s lives and livelihoods and the environment that women and their communities rely upon for survival. We partner with other members of civil society who monitor the use of public funds by IFIs. Our goal is to ensure that these public funds are used for inclusive, people-centred development and do not exclude women and women’s economic empowerment. 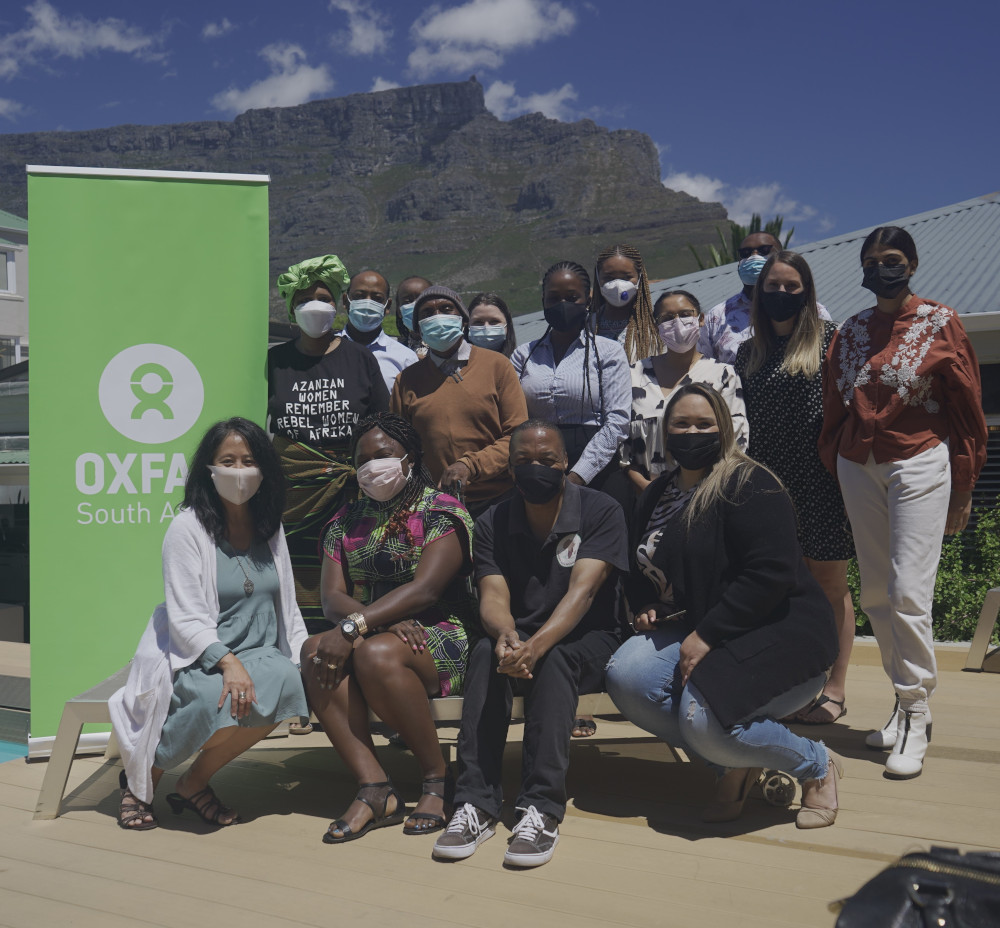 What the working group does:
The group prioritises certain thematic areas, namely country systems, gender, public-private partnerships (PPS) and the private sector. The issue of country systems is critical for civil society to unpack in order for them to hold financing institutions accountable. Gender is another important area of focus since South Africa has a strong women’s movement and this is one area that the NDB has stated it will focus on. NDB has a focus on mega projects, similar to other International Financing Institutions (IFIs), which typically use a top-down approach. It is important to see how these projects impact on poverty and inequality. The working group identifies the need to take a pro-active approach to shaping and forming institutions such as the NDB and the Brazil-Russia-India-China-South Africa (BRICS) group. The working group also focuses on the importance of safeguards, the role of youth, enhancing civil society funding, ensuring broad-based funding among development financing institutions (DFIS) and enhancing access to information from these institutions.

To Join Our Network on IFIS 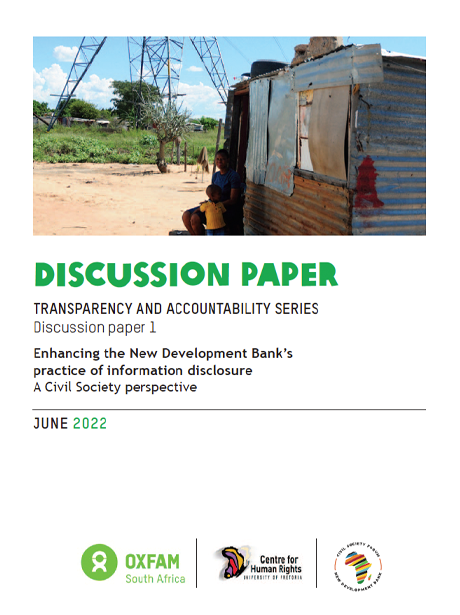 This paper argues that much more can be done to improve transparency and accountability within the New Development Bank (NDB). Read the report for the recommendations made for finding a way forward for a potential Independent Accountability Mechanism (IAM) at the NDB. 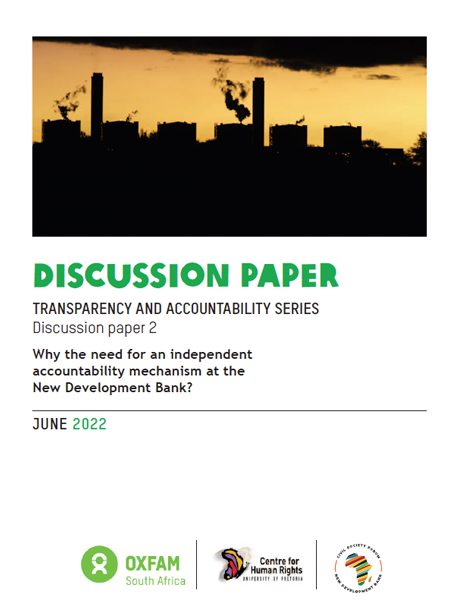 Discussion paper 2
Why the need for an independent accountability mechanism at the New Development Bank?

With the creation of the New Development Bank (NDB), it was anticipated that the Bank would have a better approach to transparency and accountability, amongst others, through the establishment of an independent accountability mechanism. However, this has not been the case.

Oxfam South Africa has commissioned the Centre for Environmental Rights to develop a briefing paper on the “Information Disclosure Mechanisms of the New Development Bank (NDB)” in response to the priorities of the South Africa (SA)/Africa Civil Society Organisation (CSO) NDB working group related to country systems and transparency. The SA/Africa CSO NDB Working Group, co-chaired by Oxfam South Africa and African Monitor is a network formed in 2018 during the time of Civil BRICS when South Africa hosted the 10th BRICS Summit in Johannesburg. The SA/Africa CSO NDB working group seeks to engage the NDB and its African Regional Centre (ARC) on its role in South Africa and the region, in coordination with BRICS civil society.

Broadly, the challenge of a universal definition of South-South Cooperation (SSC) and a subsequent monitoring and evaluation framework(s), in their various forms, is as a result of the various contexts, stakeholders and fields SSC finds itself. In part, there is a reluctance to compare SSC to northern efforts that are measured by Official Development Assistance (ODA) because by its very nature, SSC is born out of principles that differentiate it from its predecessors. SSC aims to challenge the current global status quo to ensure a more equitable and inclusive development that fosters self-reliance. The emphasis on technical exchanges to build capacity can be seen in contradiction to the often reactionary responses of the north. Some countries have also argued that monetizing their contributions underestimates their contribution since costs for goods and personnel in the South are lower than in developed countries, leading to a reluctance to measure SSC. 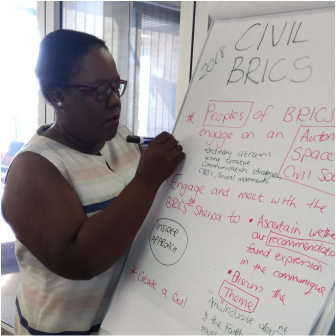 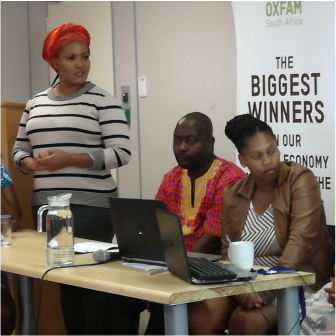 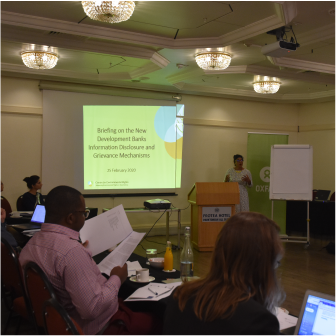 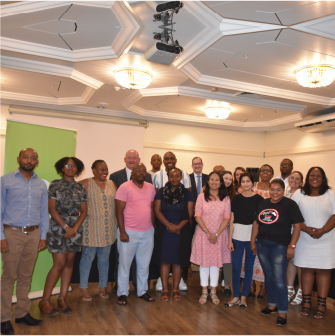 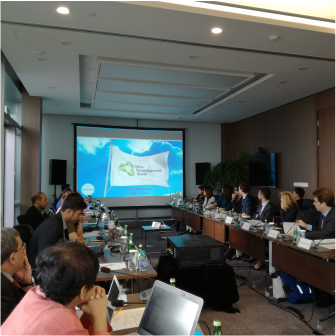 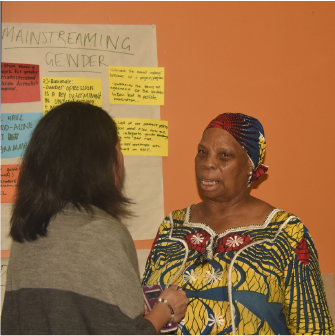 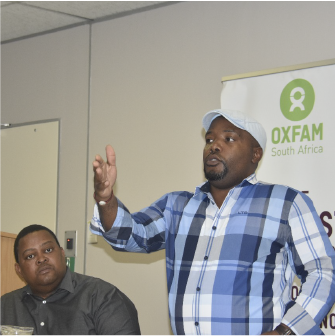 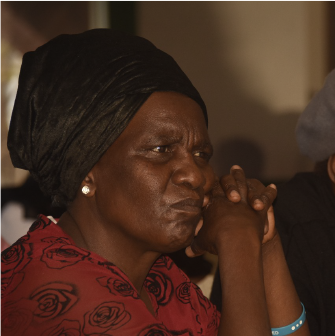 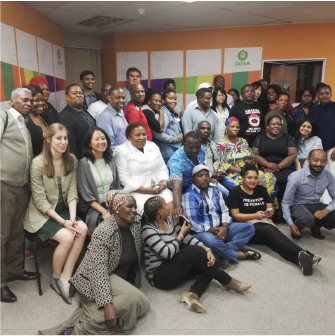 Sign up to our newsletter to get updates in your email