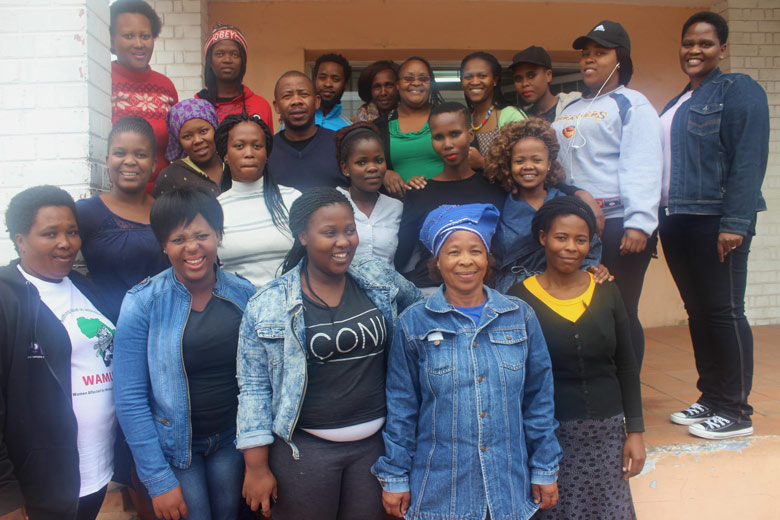 South Africa is lauded for having some of the most progressive laws and policies intended to advance women’s rights and gender equality. But women are disproportionately represented amongst the poor, the unemployed, and the hungry. Alarmingly high rates of gender-based violence makes being a woman in South Africa more dangerous than being in some of the world’s war-torn areas. Although gender non-conforming people can marry in South Africa, they still face relentless prejudice and exclusion from mainstream society, some of which manifests in extreme violence. Some of the most pervasive challenges facing women in South Africa can be summarised as follows:

Despite these challenges, women and gender non-compliant people are organizing and resisting. They are visible in movements and protest spaces such as those advocating for Access to Health Care and quality AIDS Treatment, the Fees Must Fall movement, movements of communities affected by mining, the Worker Union movement, and many others. Even though this is so gender issues are still predominantly excluded from mainstream society and women’s voices and struggles  .

It is for this reason that Oxfam South Africa is focusing on strengthening the voices of women, connecting women’s struggles for greater impact and ensuring that support and mobilise gender-based social movements as an important step towards tackling poverty’s systemic roots of poverty and creating a just society.

Oxfam South Africa supports women’s and gender non-conforming people’s capacity to liberate themselves through fostering powerful movements that can hold government and social institutions accountable to protect and expand their rights.

Support grassroots organisations and movements of women and gender non-conforming people so that they can more effectively advocate for social, political and economic justice.